The mayor of Prospect Park New Jersey, Mohamed T Khairullah, is planning his 4th trip into Syria soon. He is asking via his facebook for donations, and has set up a few charities to help fund his trip. (Hopefully, he discloses all these monies to the Internal Revenue Service). He has video of himself going into Syria, as he claims he has family in Aleppo, delivering food, fuel, and supplies to “Syrians.”

He does have video, and pictures of himself with rebels. However, its unclear who he travels through Syria with. I can only imagine. 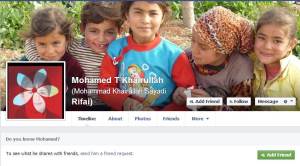 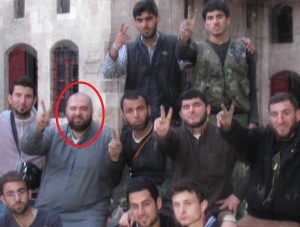 He claims his grand father was an Imam in Aleppo, and his father a dentist, but his family left in 1980, when the mayor was 5 years old and moved to Saudi.

He fought hard to influence whoever possible through public appearances in rallys and in interviews for the US to intervene in Syria to give the rebels a chance to win, and topple the President, Bashar al-Assad.

If I believed this mayor was JUST bringing food and clothing to Syrians, regardless of where they lived, I wouldnt have the problem I do. However, knowing he attends many rallys (inside Syria and inside the USA), and speaks negatively about Syrias president while rallying with those who carry the Black Flag of War, I do have a problem with what he is doing. 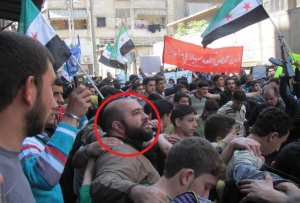 When I see him with young American guys fighting against the SAA in Syria (trips probably funded through his charities), I have a problem with that. Is this even legal Mr Mayor? 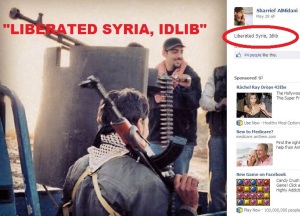 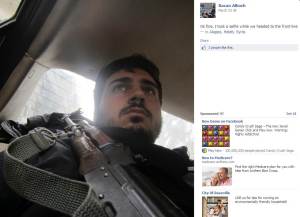 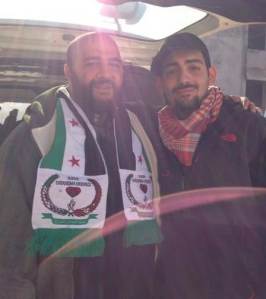 When I see the mayor wearing the same scarf as the crooked charity running aid and funding terrorists (exposed in my past article, and in a video I made), I have a problem with that. Especially being in politics in the USA!

When I see the comments about Syrias Grand Mufti, I have a problem with that.

When I see him calling terrorists who are behind the murdering of innocent Syrians “Heroes,” I have a BIG problem with that.

I suggest the people of the state of New Jersey learn who their elected officials are, and what they are doing. Go to his facebook pictured above, and see his many videos, and pictures. You may not like what you find…

Video of Prospect Park New Jersey Mayor Mohamed T Khairullah. Who he is, and what he stands for. I have a problem with him.